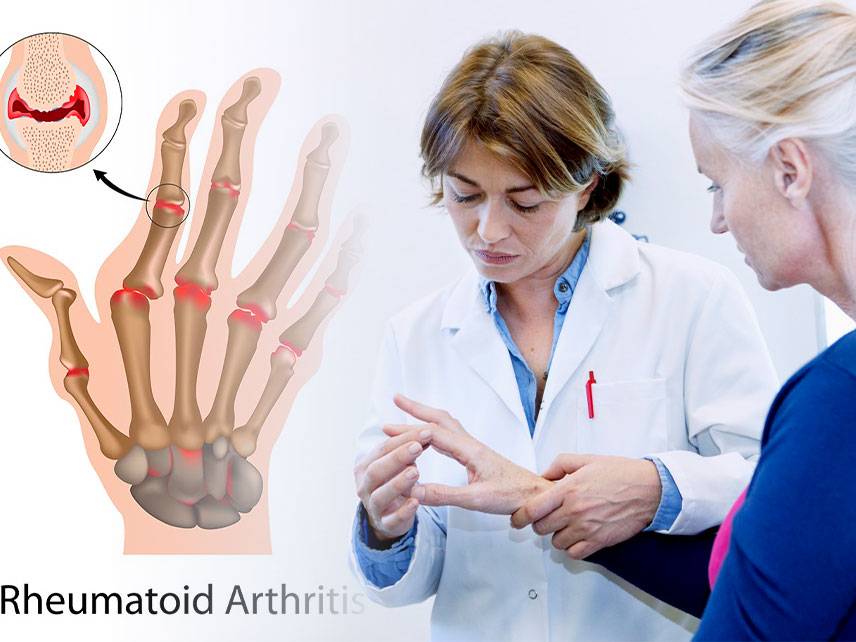 Rheumatoid arthritis (RA) is a chronic, systemic inflammatory disorder that affects many joints. It typically causes pain, swelling, and stiffness in the joints and can eventually lead to damage to the joints and other organs of the body. The most commonly affected joints are in the hands, wrists, feet, and knees.

The cause of RA is unknown, but it is believed to involve an autoimmune disorder in which the body’s own immune system attacks healthy tissues. RA is more common in women, and it usually begins between the ages of 40 and 60.

Common symptoms of RA include joint pain, swelling, and stiffness. Other symptoms may include fatigue, fever, and weight loss.

Diagnosis of RA is based on a physical exam and blood tests. Imaging tests such as X-rays and MRIs may also be ordered to check for joint damage.

Treatment for RA includes medications, such as nonsteroidal anti-inflammatory drugs (NSAIDs) and disease-modifying antirheumatic drugs (DMARDs). Other treatment options include lifestyle changes, such as exercise and weight management, and physical and occupational therapy. Surgery may be an option for severe cases.

What is Osteoporosis: symptoms, causes, diagnosis and treatment.